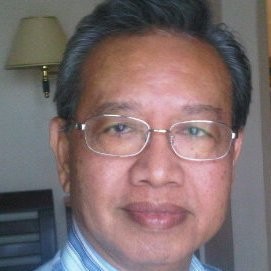 Jon Respati established and has been leading Indonesia Energy Conservation and Efficiency Society (MASKEEI) since 2014, where he partners with the Indonesian government and other like-minded organisations to promote national efforts in energy efficiency and conservation and clean energy development.

Before MASKEEI, Jon helped establish and was affiliated with the Indonesian Renewable Energy Society (METI) since its inception in 2001. He served METI’s Board of Directors for six years and currently sits on METI’s Board of Renewable Business Association. Jon is also a Senior Advisor to Indonesia Solar Energy Association (AESI) and serves on the Supervisory Board of the Indonesia Initiatives for Smart Grid (PJCI) as a Vice-Chairman. Jon also led the Center for Sustainability of Surya University between 2013 and 2015 and the Institute for Clean Energy and Climate Change (ICECC) between 2012 and 2014. He recently founded Indonesian Institute for Energy Evaluation ( June 2021)

With over four decades of professional experience in various business fields as senior executives and civil society organisations, Jon has contributed to several national and international business and clean energy development initiatives. In academia, Jon Respati provides professional training and education in clean energy technology and business and leadership in sustainability.

Jon joined a doctoral program in Economics and Business at Vrije Universiteit Amsterdam and earned a Master’s Degree in Economics and Management; he also attended various advanced international Senior Executive Education Programs in Europe and Asia. He is based in Jakarta, Indonesia.