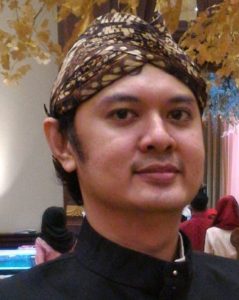 Board of Advisor at Center for Climate and Urban Resilience

David Sagita is the co-founder of Nusa Gastronomy Foundation and sits on the Board Of Advisors at Yayasan Ayo Lestarikan Kota. He is a member of GBPN’s HIDUP Core Working Group Member in Indonesia.

His work spans the urban and architecture practice spectrum – from policy and technical advisory to advocacy and grassroots activism – with more than ten years of experience working for the government, private sector, NGO, and international organizations. He focuses on the implementation of SDGs 11 with the nexus of climate and urban resilience. His areas of interest include low-cost housing, housing for the poor, self-help housing, city-to-city cooperation, city diplomacy, and child-friendly public space development.

Between 2013 and 2016, David was the Proposal Engineer and General Affair Coordinator of PT. Inti Karya Persada Tehnik. He also served Indonesia’s Ministry of Public Works and Housing as the editor-in-chief of Dinamika Riset Magazine. Afterwards, he engaged with the United Cities and Local Governments Asia-Pacific (UCLG ASPAC) as a Public Space Development Specialist for UN-Habitat Global Public Space Program.

David holds a Bachelor in Architecture from the University of 17 August 1945 Surabaya (Untag) (2008) and he is based in Jakarta, Indonesia.