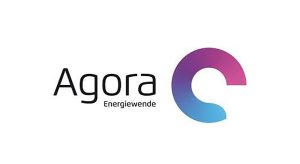 Agora Energiewende is a think tank that develops evidence-based and politically viable strategies to advance the goal of climate neutrality in Germany, Europe, and the rest of the world. It informs policymakers, economists, researchers, and civil society while encouraging a productive exchange of ideas. The think tank’s policy proposals are practical and free of prior ideological commitments. Agora Energiewende isare a non-profit organisation funded by foundations and public institutions and hence are beholden neither to business nor to politics. Its exclusive mission is to serve the climate.

Agora Energiewende develops robust policy proposals for decarbonising the economy. In doing so, it relies on the targets set by the German government and the European Union and on research carried out by the Intergovernmental Panel on Climate Change (IPCC).

Since its founding in 2012, Agora Energiewende has become one of Europe’s leading energy and climate policy think tanks. Over the years, it has developed many proposals and presented them to the public. The think tank has also forged a growing network of partner organisations that perform similar functions in their own countries.

In addition to research, Agora Energiewende promotes dialogue and public relations in its capacity as a go-between for decision-makers, interest groups, researchers, and media. Because no single institution can completely apprehend the complexity of the transition from fossil fuels to renewables, Agora Energiewende cultivates intensive discussions with the most important interest groups from politics, civil society, economics, and science