When we launched our 2011 study ‘Principles for nearly Zero-Energy Buildings’ at BPIE, we chose the Aeropolis II Building, one of the largest passive office buildings in Brussels.

We had invited the architects, engineers and owners of AEROPOLIS II to confront our analysis with views and experiences of building professionals who have to turn theory into practice. The choice for this somehow unconventional event location for Brussels’ standards – far from the EU Institutions – was to bring policy makers physically to a place they are preaching for. This building (AEROPOLIS II) was awarded – among many other sustainable building projects – by the Brussels Region actively pushing for ‘going passive’. 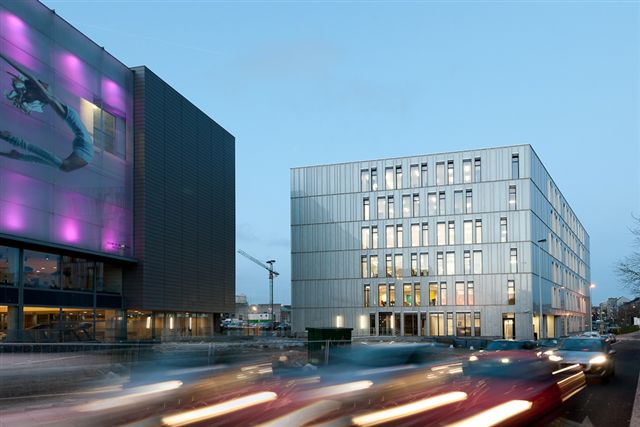 As every year since 2007, Evelyne Huytebroek (Minister for the Environment, Energy, Urban Regeneration and Aid to Individuals, Brussels-Capital Region since 2009) launched this Tuesday 19/2 the ‘concours’ 2013 for sustainable buildings of the Brussels Region (‘Bâtiments exemplaires’) and awarded 37 projects from 2012. 65% of candidates went for passive standard. Actually the Brussels Region pushes strongly towards eco-constructions. The objective is to have from 2015 onwards only nearly Zero-Energy new built constructions.